Batu Caves is a limestone hill that has a series of caves and cave temples in the Gombak district, 13 Kms from Kuala Lumpur, Malaysia. It takes its name from Batu River, which flows past the hill. The cave is one of the most popular Hindu shrines outside India, and is dedicated to Lord Murugan. It is the focal point of Hindu festival of Thaipusam in Malaysia. 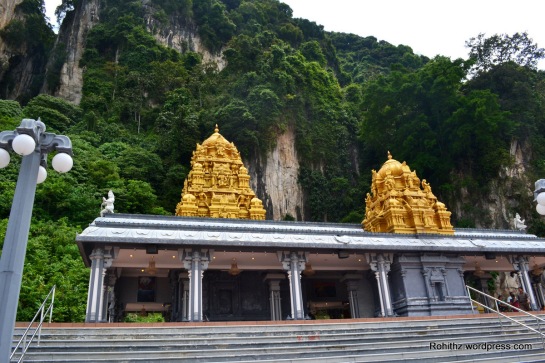 This place has became famous only after the limestone hills were recorded by colonial authorities including Daly and Syers as well as American Naturalist, William Hornaday in 1878. Batu Caves was promoted as a place of worship by K. Thamboosamy Pillai, an Indian trader. He was inspired by the ‘vel’-shaped entrance of the main cave and was inspired to dedicate a temple to Lord Murugan within the caves.

In 1890, Pillai, who also founded the Sri Mahamariamman Temple, Kuala Lumpur, installed the murti (consecrated statue) of Sri Murugan Swami in what is today known as the Temple Cave. Since 1892, the Thaipusam festival in the Tamil month of Thai (which falls in late January/early February) has been celebrated there. Wooden steps up to the Temple Cave were built in 1920 and have since been replaced by 272 concrete steps. 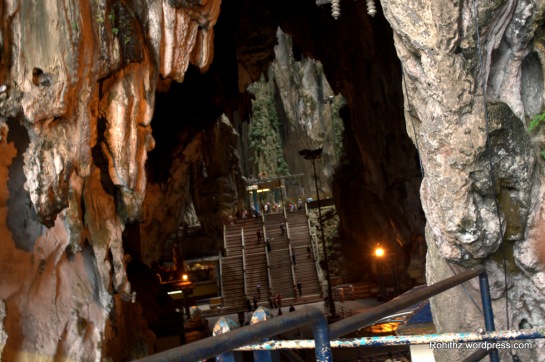 The limestone forming Batu Caves is said to be around 400 million years old. 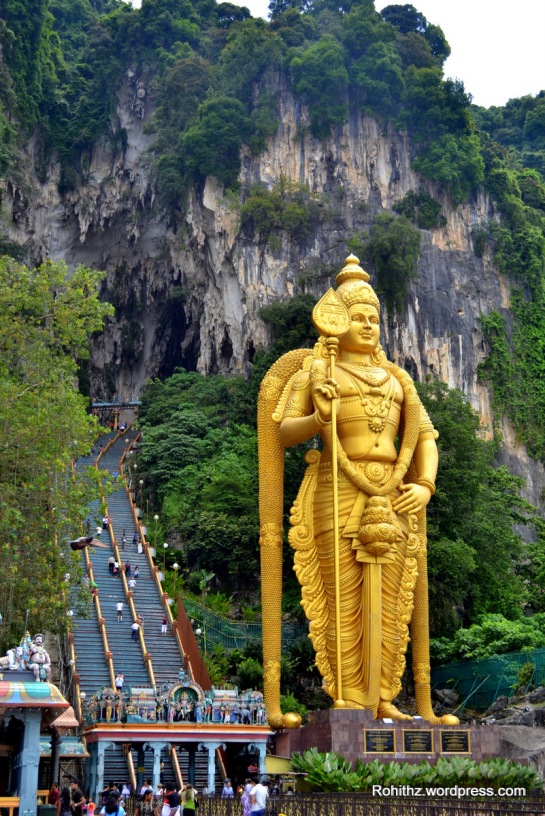 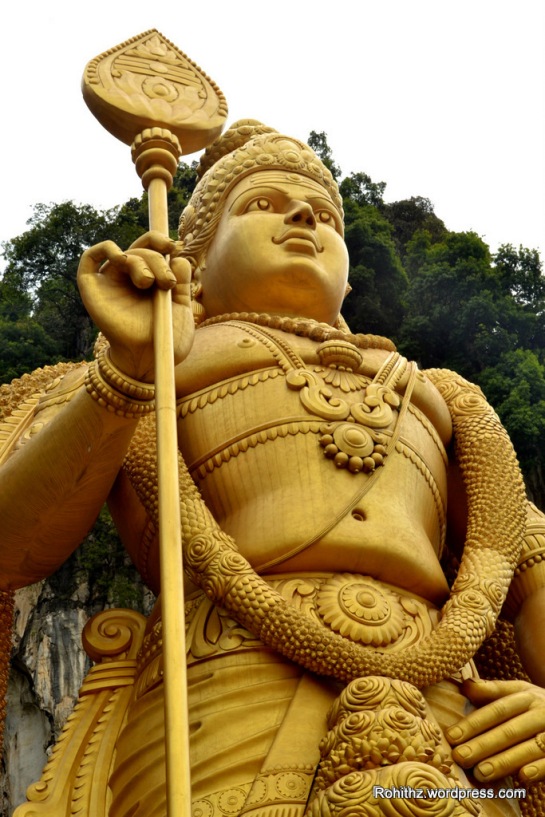 A view from the top of the Batu caves. Rising almost 100 m above the ground, the Batu Caves temple complex consists of three main caves and a few smaller ones. The biggest, referred to as Cathedral Cave or Temple Cave, has a very high ceiling and features ornate Hindu shrines.

Tips from my perspective:

1. To reach it’s better to take Intrakota bus No 11D from the Central Market or the City liner bus No 69 at Jalan Pudu to get to Batu Caves. Taxis are also available anywhere around city.

2. Be careful while carrying food because the monkeys may snatch it out of your hands.

3. Trust me you won’t regret climbing up the stairs, though it looks a lot to climb. Once you reach the top you can learn a lot about Hinduism. Paintings and scenes of Hindu Gods can also be seen in the Ramayana Cave.

A great place to add to your itinerary when you visit Malaysia. 🙂 🙂

7 thoughts on “Batu Caves: A Mix of Culture, Nature and Adventure”

Rukmini Devi Temple: Queen of Dwaraka
The Nuranang Waterfall is one of the most beautiful waterfalls in Tawang District of Arunachal Pradesh. It is a 100-foot cascade & most of the people don't know about it. It’s the very definition of a hidden gem! As it is near to jang Town, it is also called as Jang Falls.
I was hypnotized to the uncomparable stone works & unimaginable sculptures..
The Srirangam Temple is one of the grandest and most illustrious temples in South India. It is constructed in a unique Dravidian style of architecture. The architecture and layout of the Srirangam temple is an excellent example of the genius of the engineers and architects of ancient India. It is the largest functioning temples in the world. It is spread over 156 acres with 81 shrines & 21 towers. The gopuram (temple tower) stands 237 feet making it the largest gopura in India. Dedicated to Ranganatha, a reclining form of the Lord Vishnu.