“Every artist dips her brush into her own soul, and paints her own truth into her pictures.” – Henry Ward Beecher

This is 2nd part of encourage the artists. A new campaign called #Encouragetheartists done on my Instagram handle @Rohitluosiran. My motto is to encourage all the talents by showing their works to the world. Selected a few as I loved their works.  Please leave your feedback and encourage these artists. 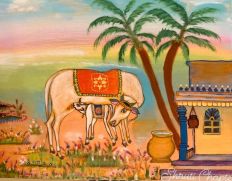 Most powerful relationship is mother & Child 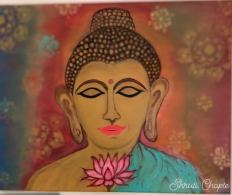 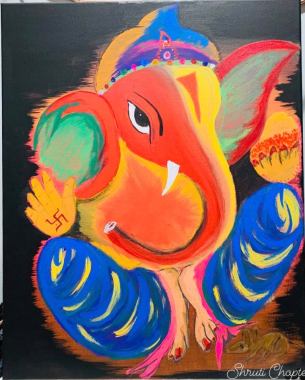 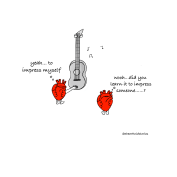 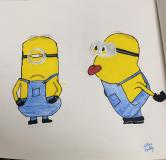 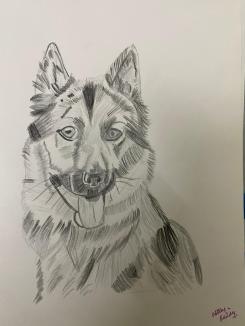 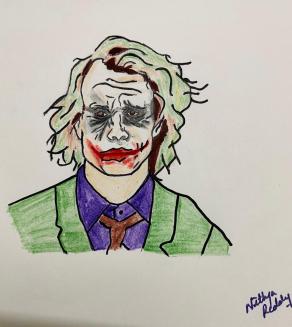 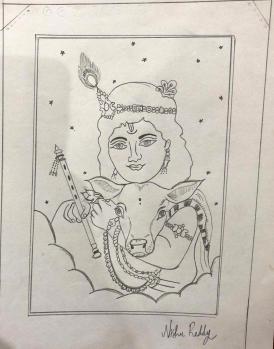 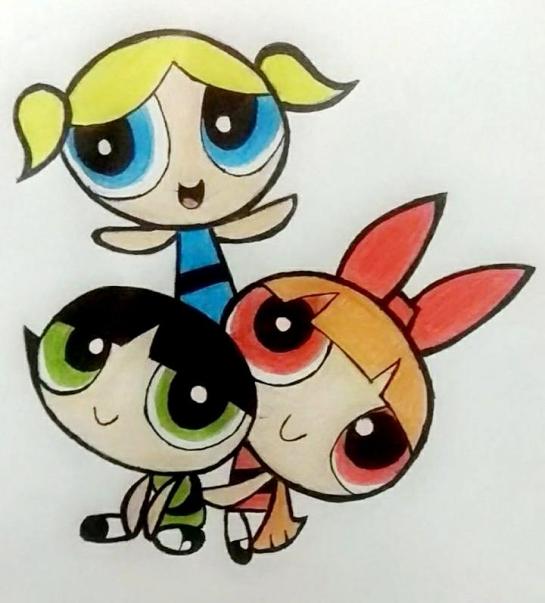 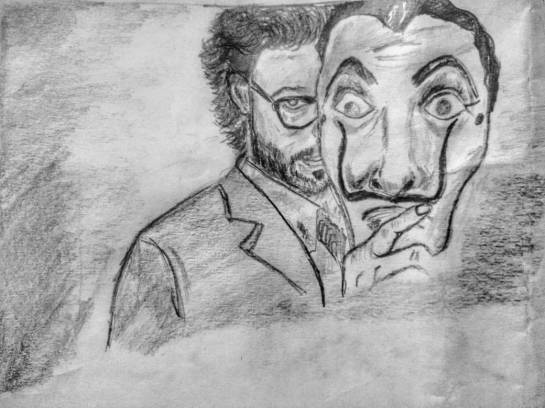 Click here: For the first part:  Encourage the Artists-01

Today I’m gonna post about that place which is least explored. And is not even in Telangana Heritage list of monuments. While we were on a road trip to Ramagundam we thought of visiting Hanuman temple but we were lost. After asking the locals for addresses we accidentally discovered this place.

Andalamma old temple, a late medieval period temple is located in Dharmabad village of Peddapalli district.  It is located 39 KM towards East from Karimnagar.

Great buildings that move the spirit have always been rare. In every case they are unique, poetic, products of the heart. -Arthur Erickson

It seems to be the temple and mandapa was constructed during the Qutub Shahi period when Vaishnavism was spreading in the Telangana region. There are no Idols in the temple. It was not at all maintained/worshipped since ages.

It is secluded and is almost deserted.

This temple’s architecture is so unique and beautiful. I hope Archaeological survey of India (ASI) should take over this place and develop it into a tourist destination. 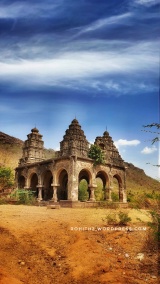 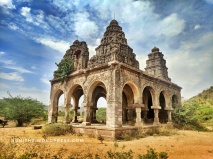 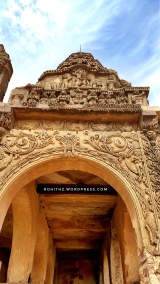 This is one of the best get-aways for all those Karimnagarites. If you are looking for any couple shoot kind of a thing or if you are an architecture lover. Then you can visit this place… 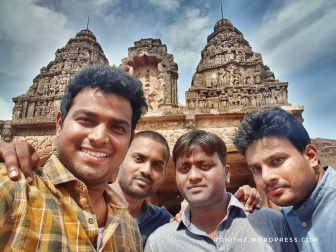 Nearby places to visit are:

P.S: You can find this place on Google maps

Nohkalikai Falls is the tallest plunge waterfall in India. Its height is 1115 feet (340 metres). It is an amazing sight to behold. The waterfall is located near Cherrapunji, one of the wettest places on Earth & is one of the must see places in Meghalaya. We spent whole morning staring at the gigantic canvas of natural beauty.

According to legends, in a village called Rangjyrteh, upstream from Nohkalikai Falls, a woman named Likai resided but had to remarry after her husband died. Ka Likai (Ka is the prefix given for the female gender in Khasi) was left with her infant girl with no means of income. So she had to become a porter herself. Her work required her to leave her daughter unattended for long intervals but when she would be at home she would spend most of her time taking care of her infant. Ka Likai, who married a second time, couldn’t pay attention to her second husband. The jealous husband killed the infant and cooked her meat after throwing away her head and bones. When Ka Likai returned home, she saw nobody in the house but except for a meal that had been prepared. She wanted to go look for her daughter but she ate the meat as she was tired from work.

“Look with open eyes and you will see the beauty of the waterfall.” – Anthony Hincks

“Water is the driving force of all nature.” – Leonardo da Vinci

Ka Likai usually had a betel leaf after her meals but she found a severed finger near the place where she usually cut betel nuts and betel leaves. Ka Likai realized what had happened in her absence and went mad with anger and grief and started running as she swung a hatchet in her hand. She ran off the edge of the plateau and the waterfall where she jumped from was named Nohkalikai Falls after her. 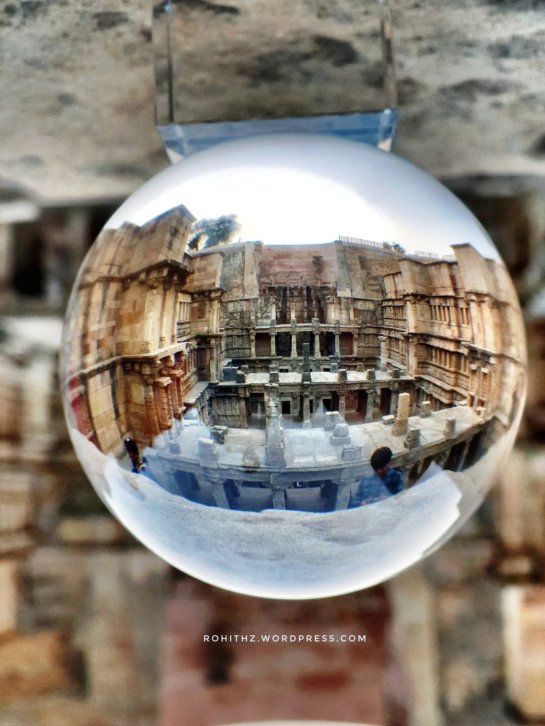 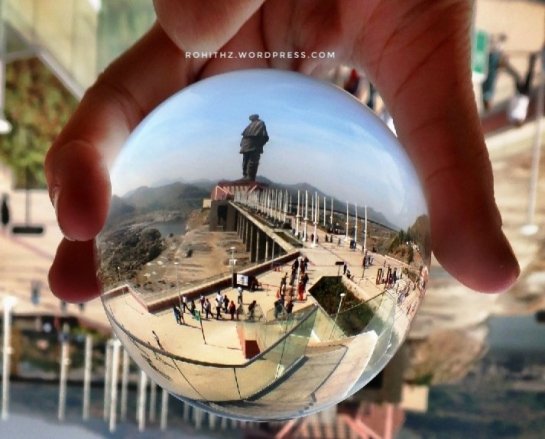 Patagonia 8K explores the beautiful and rough landscapes of southern Chile and Argentina. Shot in 8K resolution on a medium format camera it is aimed to deliver the most realistic experience. Shot in 6 weeks, travelling over 7500km from Santiago to Punta Arenas they captured roughly 100.000 still frames that combine into this timelapse video. Hope you’ll like it..

Every sunset brings promise to the new Dawn.. 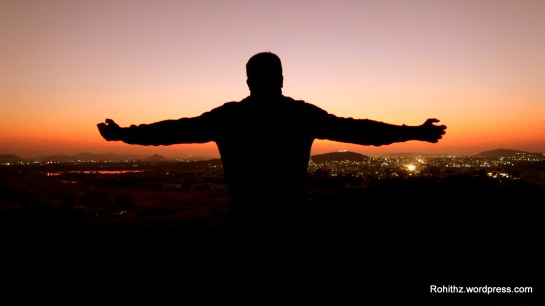 My joy is the golden sunset giving thanks for another day. Gratitude itself is a source of joy.
– Jonathan Lockwood Huie

Echinocactus grusonii, popularly known as the golden barrel cactus, golden ball or, amusingly, mother-in-law’s cushion, is a well known species of cactus, and is endemic to east-central Mexico. 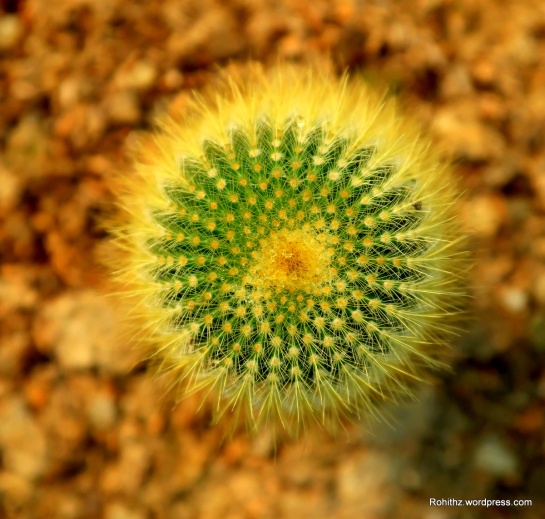 Mammillaria hahniana (Old Lady Cactus) is a sun-loving cactus that forms large groups. It grows up to 10 inches (25 cm) tall and up to 20 inches (50 cm) broad.

Euphorbia ritchiei is a perennial succulent plant up to 2 feet (60 cm) tall. It forms short, thick, succulent stems, up to 1.2 inches wide, with small spines, and it offsets freely and produces large, beautifully green leaves.

Beach is a place where I relax by looking at the beauty of mother nature. I go to the beach to get away from all the hustle bustle of city life & work tensions. To feel the grainy sand all under my feet. To sit there under the shade of a tree & feel the cool sea breezes. Not only to feel but to hear the waves is the ultimate relaxation. 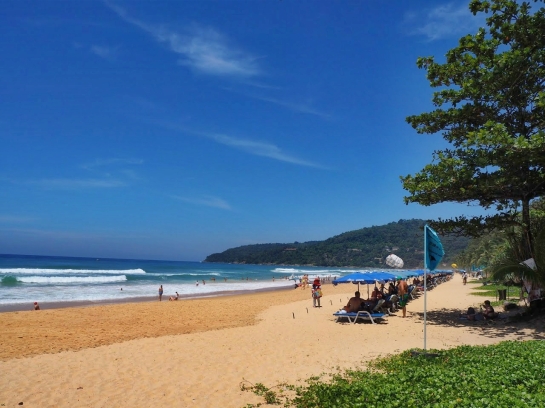 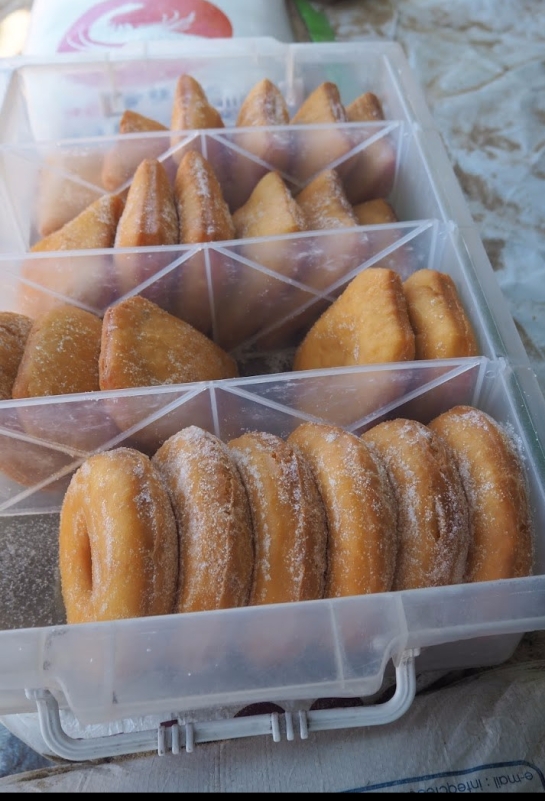 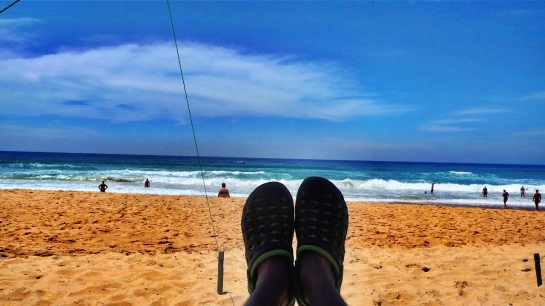 After a visit to the beach, it’s hard to believe that we live in a material world. 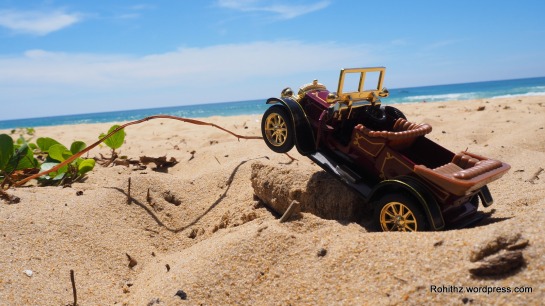 RoRs Royce followed his heart and it led him to the Beach..

Small things make perfection, but perfection is no small thing … Whatever is rightly done, however humble, is noble. 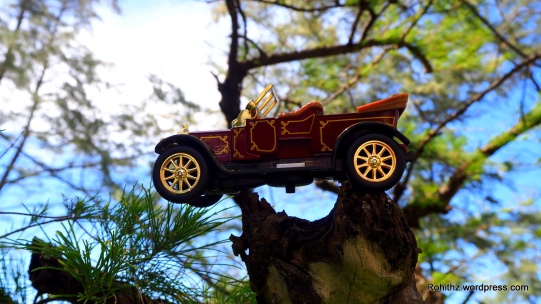 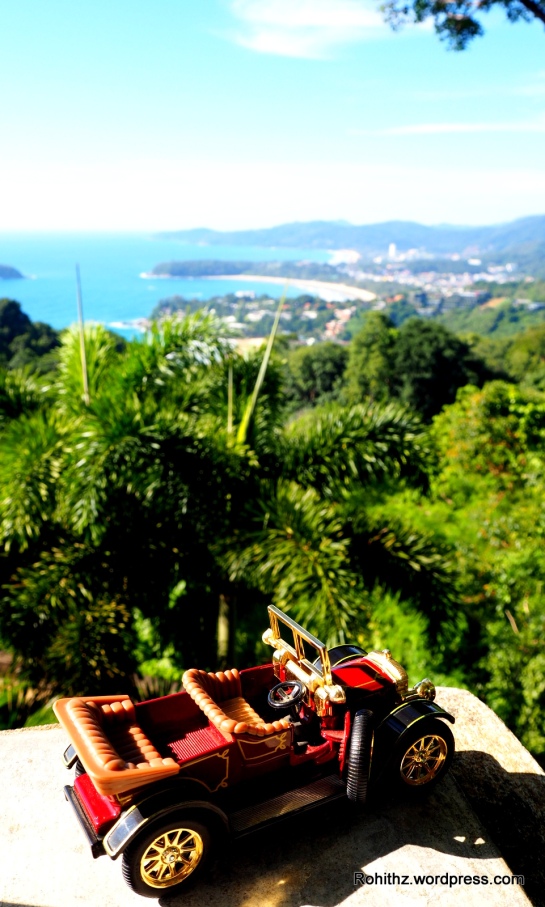 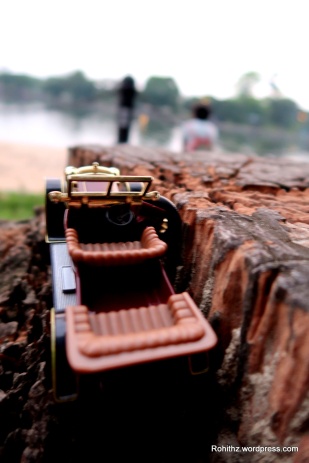 A dream without ambition is like a car without gas… you’re not going anywhere. -Sean Hampton

Rorz-Royce exercises (warms up) every day in order to run well..

I love the wheels, I mean steering wheel.

More videos and posts will be updated soon. Stay tuned my dear friends.