Nohkalikai Falls is the tallest plunge waterfall in India. Its height is 1115 feet (340 metres). It is an amazing sight to behold. The waterfall is located near Cherrapunji, one of the wettest places on Earth & is one of the must see places in Meghalaya. We spent whole morning staring at the gigantic canvas of natural beauty. 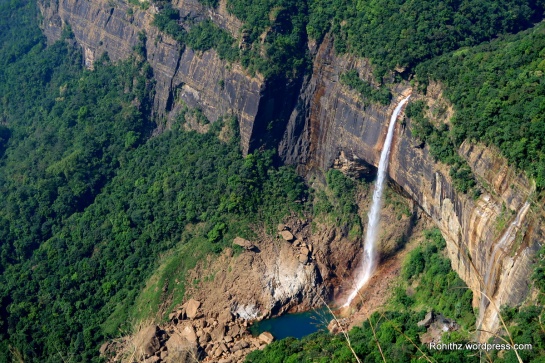 According to legends, in a village called Rangjyrteh, upstream from Nohkalikai Falls, a woman named Likai resided but had to remarry after her husband died. Ka Likai (Ka is the prefix given for the female gender in Khasi) was left with her infant girl with no means of income. So she had to become a porter herself. Her work required her to leave her daughter unattended for long intervals but when she would be at home she would spend most of her time taking care of her infant. Ka Likai, who married a second time, couldn’t pay attention to her second husband. The jealous husband killed the infant and cooked her meat after throwing away her head and bones. When Ka Likai returned home, she saw nobody in the house but except for a meal that had been prepared. She wanted to go look for her daughter but she ate the meat as she was tired from work.

“Look with open eyes and you will see the beauty of the waterfall.” – Anthony Hincks 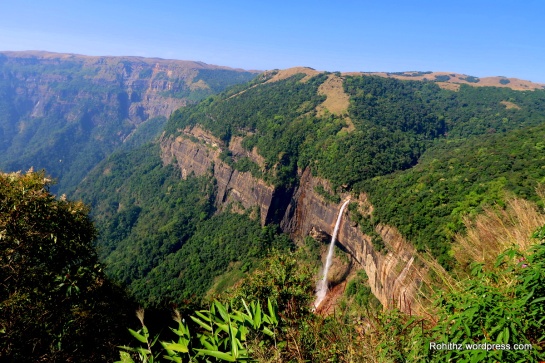 “Water is the driving force of all nature.” – Leonardo da Vinci

Ka Likai usually had a betel leaf after her meals but she found a severed finger near the place where she usually cut betel nuts and betel leaves. Ka Likai realized what had happened in her absence and went mad with anger and grief and started running as she swung a hatchet in her hand. She ran off the edge of the plateau and the waterfall where she jumped from was named Nohkalikai Falls after her.

Today is 8th anniversary of ‘My life’ blog . Eight years of my online journey has just flew away. When I started this blog I was very new to this world. Most of my friends suggested me not to start it, because it kills most of my free time which is hard to get. But still my passion towards blogging made me to start it anyway. I wrote my blog with the breathing of my dreams & beatings of my heart.

What did I learnt from blogging? Thanks to blogging, I have started seeing every aspect of life positively which indeed helped me in growing matured and happier day by day..

What do I write about? I generally write about my experiences, my travels, Photography, Health tips, Foods, Historical temples & architectural extravaganzas. While writing my blog, I would try to make it precise, effective and content oriented.

Through this incredible & beautiful journey, I have improved My Writing skills & the way I see and present my experiences is getting better & better day by day.

Blogging has now become an integral part of my life, you can guess my excitement while writing this post..On this awesome moment, I would like to thank you all for the encouragement and support for all these years to drive my amazing passion. 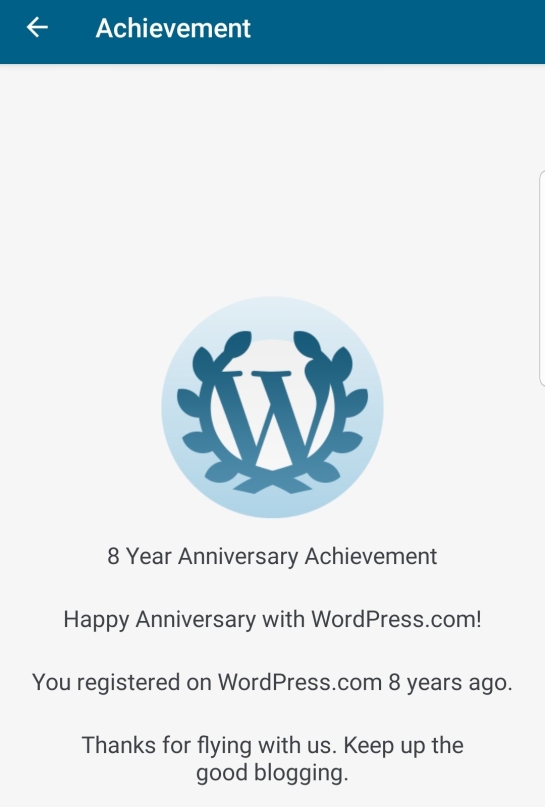 PS: Suggestions to improve my blog are always welcome..

After a fight between Yellowie and Vader, Yellowie couldn’t resist taking Vader to a Waterfall. They both hit the roads in Vi’Car’abad cruising through the Forests, Lakes and Mountains to reach Seven Sister Waterfalls in Sikkim. 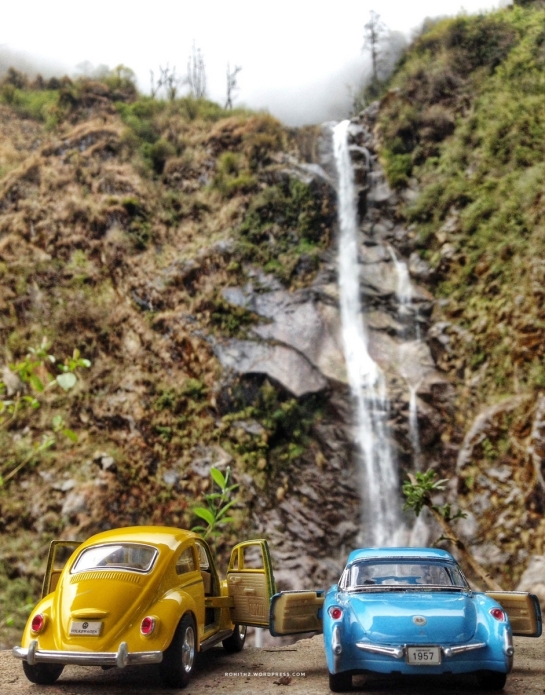 Seeing a waterfall is the most beautiful scene, its natural beauty and soothing effect made them to forget their fight.. 🙂

After reaching the waterfalls, Yellowie says to Vader that when it comes to a romantic getaway nothing beats the Waterfall. The view of the water falling from the top of a Mountain, gushing sound of the water; the Birds chirping; the little rainbow of colors with reflection of sunlight makes waterfalls seem the most romantic place….

Both of them fell in love with the view

Vader suggests a swim in the pond, but now Yellowie is shy to take a dip. But the beautiful surroundings of the falls have created an ambience for them to shed their inhibitions!

A man found a cocoon of a butterfly. One day a small opening appeared. He sat and watched the butterfly for several hours as it struggled to force its body through that little hole. Then it seemed to stop making any progress. It appeared as if it had gotten as far as it could and it could go no farther.
Then the man decided to help the butterfly, so he took a pair of scissors and snipped off the remaining bit of the cocoon. The butterfly then emerged easily. But it had a swollen body and small, shriveled wings.
The man continued to watch the butterfly because he expected that, at moment, the wings would enlarge and expand to be able to support the body which would contract in time.
Neither happened! In fact, the butterfly spent the rest of its life crawling around with a swollen body and shriveled wings. It never was able to fly.
What this man in his kindness and haste did not understand was that the restricting cocoon and the struggle required for the butterfly to get through the tiny opening were nature’s way of forcing fluid from the body of the butterfly into its wings so that it would be ready for flight once it achieved its freedom from the cocoon.
Sometimes struggles are exactly what we need in our life. If nature allowed us to go through your life without any obstacles, it would cripple us. We would not be as strong as what we could have been. And we could never fly….